Adam Scott has had his odds to win the 2020 Masters cut after victory, a second in as many starts, in the PGA Tour’s Genesis Invitational.

The 39-year-old Australian started last week a 45/1 shot to win the first major championship of the year, but is now 22/1 with Bet365, although William Hill and BetVictor are holding out at 28/1.

Scott first gave a hint of his burgeoning form with a two-shot win at the Australian PGA Championship in late December, a triumph that was itself inspired by his on-course leadership of the International team in the Presidents Cup on home soil at Royal Melbourne.

He had notched an unlucky 13 top 20s earlier in the year, but was desperate to lift a first trophy since early 2016.

“It’s been a long time between drinks for me and maybe only once or twice did it cross my mind that I’ll never win again,” he admitted after breaking the duck.

“I’ve also seen what it’s done for me in the past. With a win you feel like you’re never going to lose again.”

He waited fully seven weeks to test that belief, but when he returned to action he was as good as his word in defeating the strongest field assembled this calendar year.

No less than nine of the world’s top ten players were in action at Riveria Country Club in Los Angeles and in the final round Scott went head-to-head with the new world number one Rory McIlroy.

Both players stumbled midway through the front nine, but it was Scott who recovered his poise quickest and, with the exception of one failed par save, he was exceptional on the back nine.

He had previously won the tournament on debut way back in 2005 but it was declared an unofficial result because only 36 holes could be completed and he stated ahead of this year’s final round that he was desperate to right that wrong.

“In reality, I’ve moved on from that,” he laughed after victory was confirmed. “It’s just incredibly satisfying to win a tournament of this stature on a golf course of this stature.

“Even better to come out on top and have your game tested. It was not easy and what was the most enjoyable aspect, to see my game hold up to that.”

It was also the prompt for the big move in the market. Not only has Scott completed back-to-back successes, but he has done so in dominant fashion and the second win was against high quality opposition.

“My career is in a good spot,” he added. “Even before winning this week I felt physically and mentally okay after 20 years out here. I really do believe that if I can maintain motivation and focus the next five years and be my best on tour.”

Scott will now take aim at a second major victory and where better to start than the scene of his first triumph in 2013? He’s backed up his fondness for the Augusta National test by finishing ninth there in 2017 and he was tied for the halfway lead last year before slipping to 18th.

Moreover, the scene of his latest win may also be significant because Mike Weir completed the Riviera-Augusta double in 2003, Bubba Watson repeated it in 2014 and Australian golfers are currently thriving with Scott’s success a sixth for them around the world in less than two months.

Scott’s odds to win a first Claret Jug in the Open at Royal St George’s have also taken a hit. Generally a 40/1 chance last week, BetVictor are now offering 25/1.

Thank you for signing up 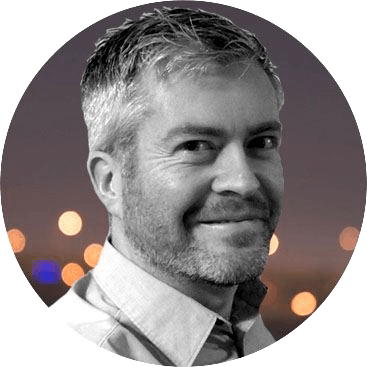 As a well-established journalist, Matt Cooper spends much of his time following the professional gold circuit. Over the course of 10 years in the industry he has represented media heavyweights such as Sky Sports, NBC and ESPN as well as online favourites Sporting Life and Golf365.