Ramses De Teillee is understandably the 5/1 favourite in the Peter Marsh betting, having finished only 1¼ lengths behind winner Elegant Escape in the Welsh Grand National at Chepstow.

Prior to that run the seven-year-old had won the Welsh Grand National Trial, also at Chepstow, and all three of his career wins have come at the Welsh venue, on heavy going, so anything like that in Haydock’s going description this weekend will be an added bonus.

What is the Peter Marsh Chase?

The Peter Marsh Handicap Chase is a Grade 2 Limited Handicap for runners run over 3 miles and 24 yards at Haydock. It's live on ITV4 and worth £75,000 in prizemoney, some fine Cheltenham Gold Cup winners on its honour roll.

Little Owl (1981), The Thinker (1987) and Jodami (1993) all won the Peter Marsh before landing the Cheltenham Gold Cup, and in 1997, a 12-year-old Jodami ran in the Peter Marsh again as a former Gold Cup winner and took top honours for a second time.

January is tough at Haydock, so in the last 12 years the Peter Marsh Chase has been cancelled three times for waterlogging, frost, and snow. These trends therefore give you the last nine runnings:

When the Simon Munir and Isaac Souede-owned Valtor arrived on British soil, he was something of an unknown quantity, having done all of his racing in France, but he soon announced how good he was with a crushing defeat of his rivals in the Silver Cup Handicap Chase at Ascot.

A reproduction of that run would make him a difficult adversary for any of the Peter Marsh runners, and bookmakers are going no bigger than William Hill's 6/1 for the Nicky Henderson-trained 10-year-old to follow up in this Lancashire National Hunt feature.

With a 33% winning strike rate, the nine-year-old may have plenty more to offer over this further trip and is worth a speculative wager at 8/1 with Unibet.

Otago Trail (nb) was runner-up in the Peter Marsh two years ago to Bristol De Mai. Admittedly he was 22 lengths behind the winner that day, but nobody actually appears to be able to get within many lengths of the Nigel Twiston-Davies-trained grey at Haydock anyway.

Otago Trail followed that run up with a decent win at Sandown next time before being ruled out of racing for some time with an injury. His seasonal return at Newcastle in the Rehearsal Chase behind Lake View Lad was very promising, but then the 11-year-old appeared to bounce in his next run in the Silver Cup at Ascot.

His trainer Venetia Williams holds a fine record as a trainer at Haydock, and if her veteran can put his last performance behind him, he is well worth an interest at a standout 11/1 with William Hill.

>> Back Otago Trail Each-Way at 11/1 with William Hill

Thank you for signing up 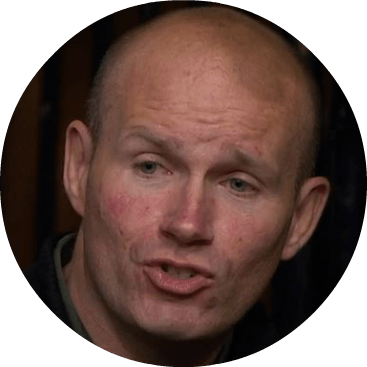 Steve Mullington is a sports journalist (member of the Horserace Writers and Photographers Association), who is well known in the horse racing world due to his many pieces published for a plethora of publications, both online and offline. A frequent Longchamp and Grand National attendee, Steve is the quintessential horse racing fanatic.